After arriving back in UB we spent the day organising our Gobi tour and booking flights. We were finally satisfied that we found the cheapest tour possible and were very excited to head off early the next morning.
That day in UB it was pouring solidly with rain so we checked out the Mongolian museum, got a barber to trim Byron's beard and watched some tv in the hostel! 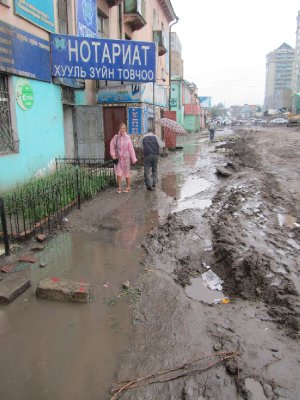 Tour Day 1:
At 6am we headed to the Chinggis khaan airport to fly to Dalanzadgad. At the airport we met 2 other south Africans who we chatted to. John who worked for a mining company based in the desert was wearing a good old two tone shirt that was so obviously south African he even said to us " people always know I am south African because of my shirts" ha ha, so true!
We met our driver at the airport who is also the owner of the Gobi mirage camp, He looked exactly like the Chinese guy from the hang over and drove the coolest car. We were the most styling tourists in the gobi, Everyone else was in Russian vans with no windows or air con and our man drove us around in a fancy chev Tahoe.

From the airport we headed straight to Yolym Am to see the famous canyons with sheets of ice that are there all through the summer. The ice only starts to melt in about June but because the Gobi has had more rain than usual this year there was not as much ice left however it was still amazing to see some ice in the middle of the desert.

After heading back to our base camp Gobi mirage for a nice lunch we visited a local nomad family nearby. The old man with no teeth opened his bottle of chinggis vodka and proceeded to finish 3/4 of the bottle in 15 minutes. We each had to have about 2 shots each as well as more dried goats milk, some dried milk, fresh horse milk and goats milk curd. In the ger they were also drying mutton ( Mongolian biltong) which they eat in the winter. The Mongolians live only on protein, all they eat is mutton and dairy. I think i am becoming a vegetarian for the next few weeks! 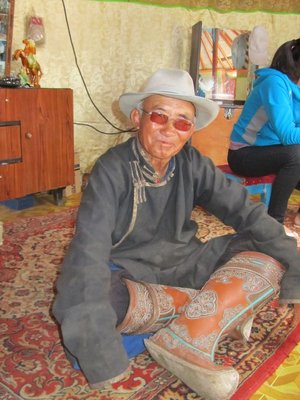 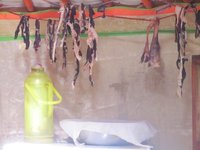 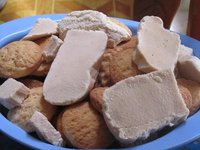 That evening black clouds were rolling in over the mountains. Byron decided to set off on a run, he said he would be no longer than an hour! After about half an hour the whole sky turned black and the most unbelievable desert storm started. The wind was blowing a gale at about 30kms per hour and then the hail started. I was so worried, after standing outside looking at the horizon getting drenched Byron appeared, I was so relieved. He said it was the most epic run of his life and he had the marks on his body from the hail pelting him to prove it!
The aftermath of the storm was incredible. There was a double rainbow and the sky turned every colour imaginable.It was The most spectacular scene and a great start to the gobi! 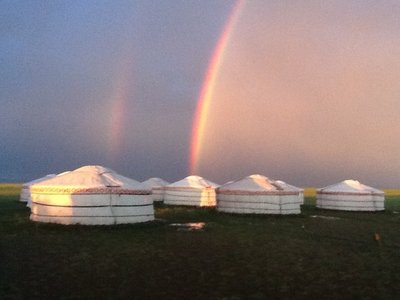 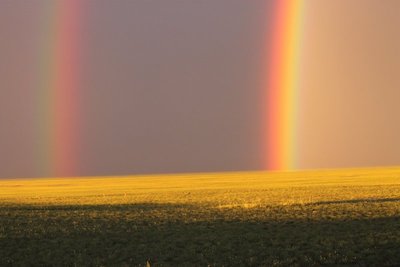 Day 2:
After breakfast we started out on our 160km drive to khongoryn els to see the singing sand dunes. On the way we stopped off for a picnic lunch of mutton and rice surrounded by beautiful scenery.

The sand dunes are the largest in Mongolia, they are up to 300m high, 12km wide and about 100km long. The green grass,golden sand dunes and mountains behind creates a stunning sight!
Byron climbed to the top of the dunes which in the mid day heat was rather exhausting but worth it for the view.
After the climb we went on a camel ride. Camels are amazing animals that have brilliant functionality but they are also very smelly dirty animals. I am not really a fan and I don't think I will be rushing to ride another camel anytime soon.
That night we stayed at a different ger camp in Khongoryn Els where we had dinner and chatted to some nice people from SA and Russia that we met previously at the airport. Its a Very small world, Jan even lived in the same road as us in Amsterdam a few years ago when we worked for Heineken. 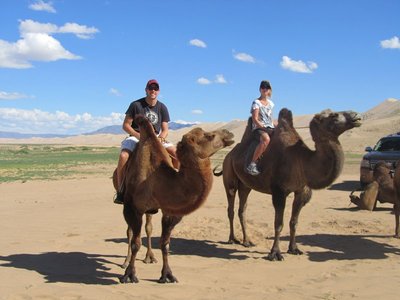 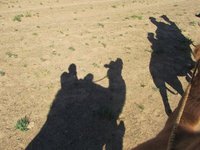 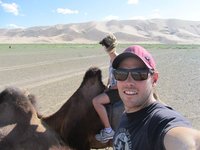 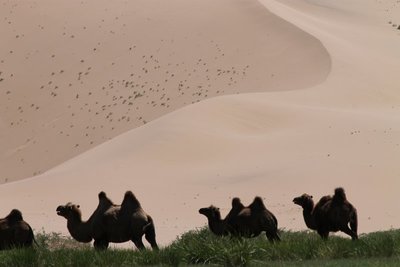 Day 3:
After another fried egg (standard breakfast) we drove back to the Gobi mirage camp where we spent the day chilling out. Time to go for another great run and catch up on reading our books!

Day 4:
Yet another friend egg and off we went to see the flaming cliffs in Bayanzag ( which means rich in sexual shrubs) . The 'flaming cliffs' were named by the archaeologist Roy Chapman Andrews when we went there in 1922 and found dinosaur eggs and bones (On our first night we watched a video on this expedition at the camp which was very interesting). We walked through the 'red' cliffs but not for long as the desert heat was too strong. After more mutton and a lovely lunch at another ger camp we headed back to gobi mirage where we went on another run and chilled. 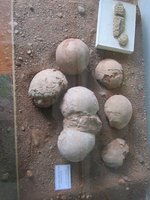 Today our driver took us back to dalanzadgad to draw 1.5 million tugriks and fly back to UB. I am writing this on the aeroplane. We are going to spend the day in UB and fly out to Beijing at 10.30pm tonight. Our day in UB is going to be spent phoning banks as I have lost my wallet. I only realised 3 days after leaving UB that it was gone so hopefully no money has been taken out of my accounts!!! hopefully we can also catch the super 15 final at one of the local pubs!!!
Overall our Gobi desert experience was awesome!! The scenery and the colours are way better and more diverse than expected and it has inspired us to hopefully get to the Kalahari in Namibia one day! 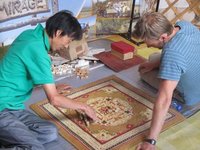 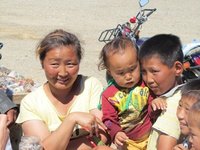 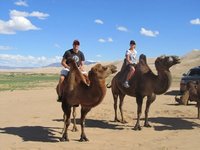 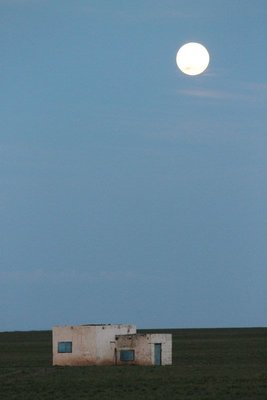 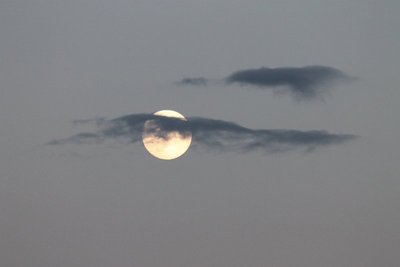 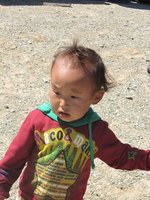 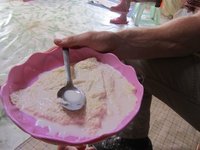 Posted by karenandbyron 04:31 Archived in Mongolia

Previous Next Table of contents

I am LOVING your blog and I also love the humour that goes with it. You two are amazing - this is a trip of a lifetime - you are soooo lucky. Tons of love
Gigs

Comments on this blog entry are now closed to non-Travellerspoint members. You can still leave a comment if you are a member of Travellerspoint.

If you aren't a member of Travellerspoint yet, you can join for free.